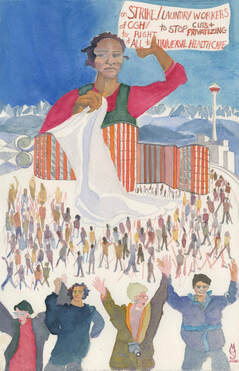 Made for the Graphic History Collective (GHC) to advertise the heroic sacrifice made by Calgary laundry workers in 1994 when Alberta premier Ralph Klein announced his intention to contract out provincial hospital laundries to an Edmonton firm. When the mainly women laundry workers, led by Yvette Lynch, walked out in a wildcat strike, Albertans began to fight for our health care, and defeated significant privatizations. This poster will be able to be downloaded  for personal, educational and activist use from the GHC website in early December 2020: https://graphichistorycollective.com/

Made for a client who fell in love with "Foxes Three" from 1990 that she watched daily through her neighbour's window, this painting was modeled after a sleek foxhide kindly lent from Métis Crossing Museum in Smoky Lake, Alberta . 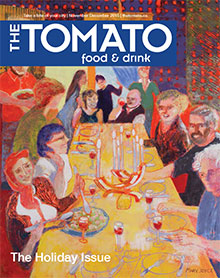 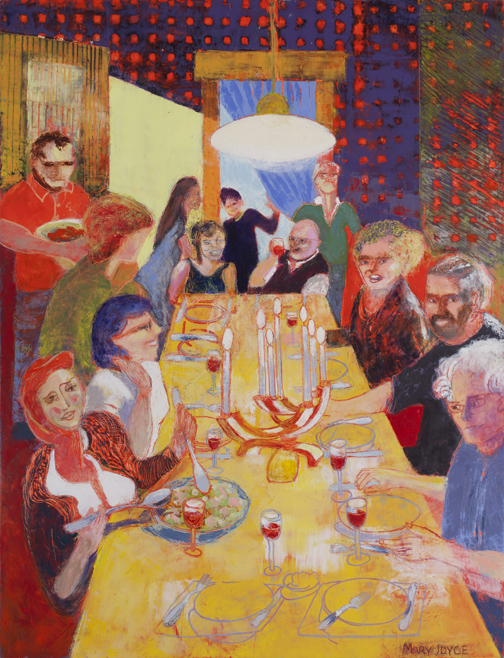 "Loved the boldness and voluptuousness of the forms and colour, a counter balance to the subject which is about hiding, shame and fear and so much more." Nancy Rubiliak March 9, 2016 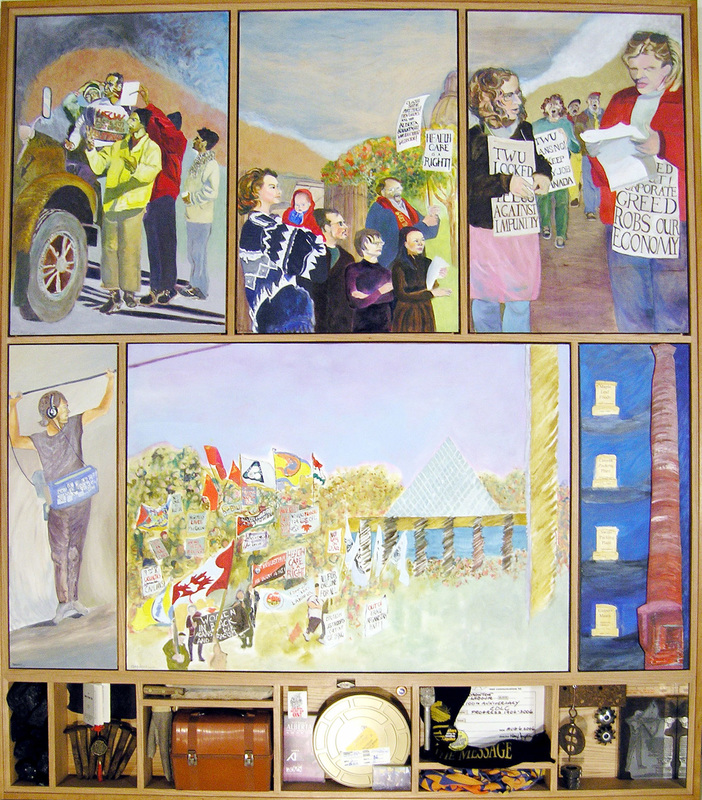 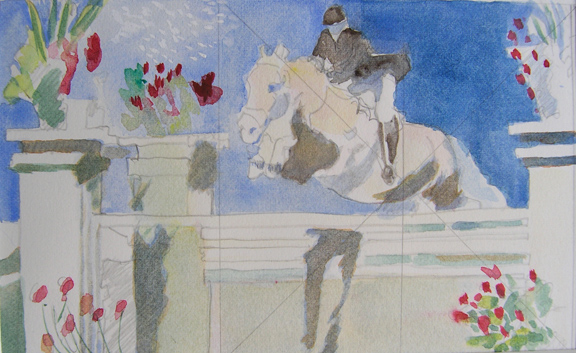